Circuit breaker switching terminology can be understood by considering an actual event.

Figures 1 to 3 show the trace of a close-open (CO) three-phase unearthed fault current test on a vacuum circuit breaker (trace courtesy of KEMA).

Taking each figure in turn, the terminology is as follows:

It can be seen carefully in figure 1 that:

c-phase is thus the first pole to clear with an arcing time – the time between the contact part and current interruption – of about one half-cycle. The interrupting time, also referred to as the break time, on the c-phase is the mechanical opening time plus the arcing time. 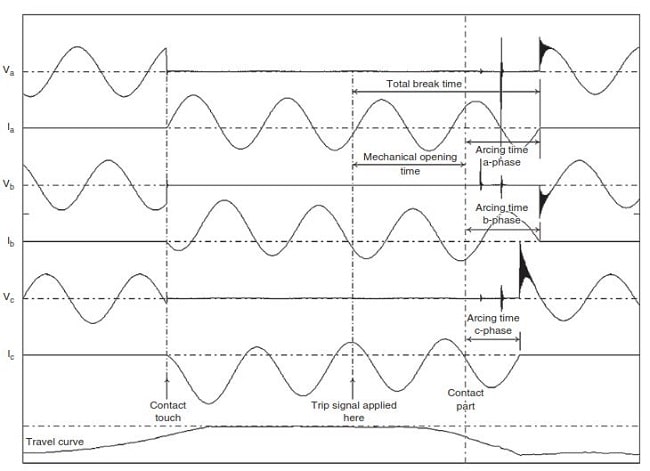 It can be seen carefully in figure 2 that:

Maximum asymmetry occurs when the fault is initiated at a voltage zero crossing. 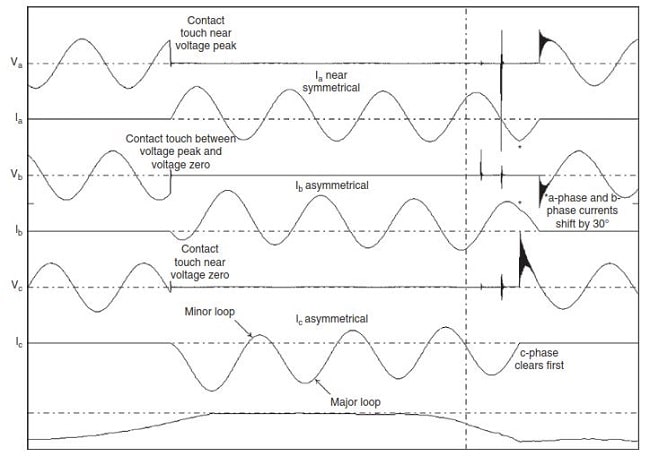 It can be seen carefully in figure 3 that: 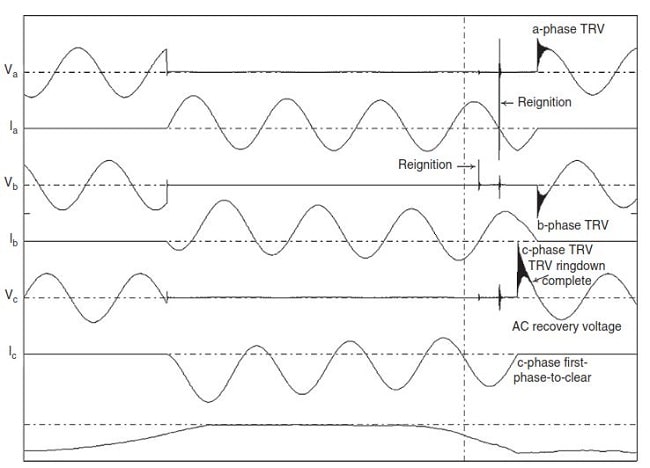